← more from
Astro Nautico
Get fresh music recommendations delivered to your inbox every Friday. 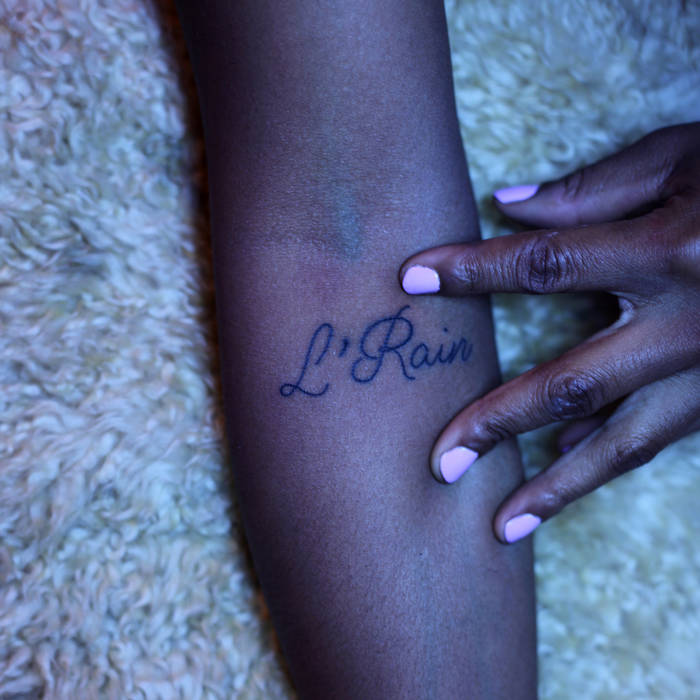 dreamshepherd Taja is an extremely talented songwriter and musician, it's damn hard to choose a favorite one here. Patiently waiting for your upcoming "Fatigue". Favorite track: Heavy (But Not in Wait).

yehezkielf Eagerly awaiting your next album. Favorite track: Heavy (But Not in Wait).

Caleb One of the most essential experimental albums out there today! Elements of dance, jazz, and psychedelic music are mixed together in a way that’s incredibly thoughtful, disorienting, and mind blowing. Intriguing field recordings + personal voice messages are weaved in between tracks, which altogether creates an album that encapsulates grief + personal history in a way that’s never been done before in music. Favorite track: Which Fork / I'll Be.
more...

Time is twisted on L’Rain, the debut release by L’Rain (Taja Cheek), a multi-instrumentalist, songwriter, tape manipulator and vocalist from Brooklyn.

Rising on a wave of synths and breathy sax, the album unfolds with electric guitar arpeggios and undulating vocal swells, unwrapping a dense psychedelic arrangement grounded by clattering acoustic drum patterns and the ephemeral soars of Cheek’s voice.

Reversed audio swells in track endings and beginnings obscure vocal content, exploring the same track from multiple angles and with different meanings. Reprised piano tape loops reflect Cheek’s formal music education, during which she would fixate on a phrase of piano sheet music and play it repeatedly, imagining new songs. The baroque pop aspects of L’Rain are marked by a childlike levity, deepening and mystifying the painful reality Cheek faced as an adult during its production: the loss of her mother.

Cheek’s mother became suddenly ill during the album’s writing and production, but grief appears in the recordings in a complicated way. The lyrics never explicitly mention her mother, as the songs were written with unrelated sorrow in mind. But by the end of producing L’Rain, the work turned out to be very much about her mother. “It’s almost like I caused her death in some way — the feeling is absurd, bigger than myself, a premonition.”

L’Rain comes off at times as morbid, pessimistic, and flippant while at other times smiley, bubbly, and effervescent. Like pressing play, fast forward, and rewind all at once, Cheek wanted to present a range of
emotions through her minimalist experiments. The result is particular
and real, yet impossible and panchromatic: a loop within a loop. Take
‘Benediction,’ a field recording that voyeuristically follows religious
practitioners just outside their place of worship. L’Rain locates a spiritual dimension just beyond her listeners’ experience, in the recursive logic of her own hearing.

Under the mononym L'Rain, Brooklyn native Taja Cheek has quickly become an
acclaimed and sought-after figure in New York experimental music. A multi-instrumentalist, songwriter, and vocalist, her songs are equally rooted in r&b, jazz, noise, and pop: at once visceral, spiritual, ethereal, and urgent. ... more

Bandcamp Daily  your guide to the world of Bandcamp